I’ve always been a sucker for the anthology format. Bite-sized stories where you won’t know what you’ll get is a concept I’ve always liked. Just a few weeks back, when I stumbled upon this little gem called Southbound, my interest was piqued. Produced by Brad Miska of V/H/S fame, the movie boasts five segments, directed by V/H/S alums Radio Silence and David Bruckner, The Pact 2’s Patrick Horvath, and Roxanne Benjamin in her directorial debut.

These five stories of Southbound revolve around a desolate desert highway, in which the people that travel it encounter strange phenomenon from their deepest, darkest fears and nightmares. One of my favorite touches in this movie is that these tales intersect each other perfectly, stringing them all together just like a whole movie that shifts protagonists with each passing story. These segments are also brought together by way of a mysterious radio DJ voiced by Larry Fesenden and the movie Carnival of Souls playing at some point in each short.

The first segment, Radio Silence’s The Way Out, has two runaways, Mitch and Jack, escaping from mysterious creatures only to be trapped by the strange highway returning them to where they started. This eerie tale starts off the anthology strong, with enough scares and weirdness to set the tone and overarching theme of Southbound; guilt. Next comes….

Roxanne Benjamin’s Siren. This is a story we’ve seen countless times before. A group of girls with a broken-down car hitch a ride with strangers who embody every sense of the word. The creepy 50’s Americana-style family takes the girls in, maybe a little too much so, much to the horror of one of the girls. While the concept is almost a cliché, the execution here is played very well. 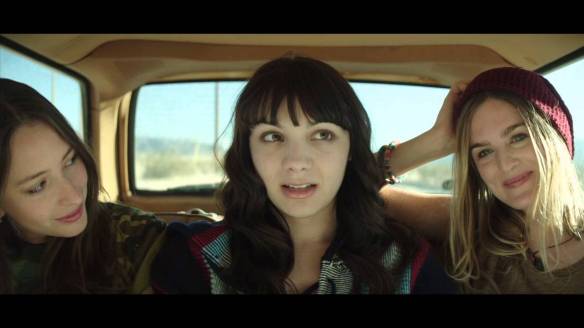 An escape from this creepy family runs us right into David Bruckner’s The Accident, easily one of the strongest segments in the whole anthology. The frantic attempt of distracted motorist Lucas to save the girl he hit with a car, only with the help of a 911 dispatcher and an EMT on the phone, is a horror that hits close to home. The ‘mundane’ qualities of this segment, blended with the sense of loneliness and ever-escalating dread makes this segment all the more subtly terrifying.

Patrick Horvath’s Jailbreak comes afterwards, following a man in search of his sister, plagued by demons (of the more literal kind) along the way. While the action is reasonably good, this segment feels a little too out of place for this anthology that thrives on the subtler forms of horror. This segment does shed a little light on the nature of this mysterious desert highway, so there’s that.

And then Radio Silence takes the wheel once again in The Way In, in which a family goes through a home invasion horror story, while also revealing just what is up with this place. This segment wraps things up nicely, and for me, provided a real revelatory moment when the pieces start fitting together.

A friend described Southbound as the unholy love affair of a Welcome to Night Vale script and a Twilight Zone episode with a little Quentin Tarantino sneeze thrown in for good measure, and I agree with that. The way this movie just sucks you in and give this subtle sense of wrongness from the get-go is brilliant and the same atmosphere is kept throughout its running time.

All in all, Southbound is one hell of a ride for any fan of horror and anthology movies. Who knows, you might end up coming back for more.

2016 is truly the Superhero Fight Year. Not even one week after we were graced by Frank Castle and Matt Murdock duking it out in Daredevil’s second season, the first Big Superhero Fight Movie of the year, Batman v Superman: Dawn of Justice is finally upon us. 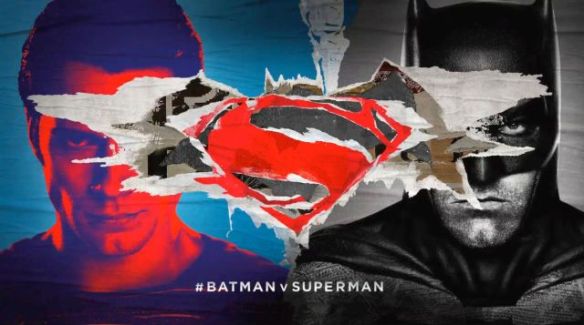 While lots of snark (including mine) were aimed at the trailers for supposedly giving out too much, as it turns out, it didn’t give away all the plot points. There were some juicy stuff better left out of the trailers that much I admit, but the trailers didn’t ruin it at all when I watched it.

The plot itself boils down to just what you’d expect from a Big Superhero Fight Story. Hero meets hero, disagrees and/or misunderstands each other, fights, bigger villain comes along, forcing them to work together. While the plot is rather basic, the execution if it is where it all matters.

Visually, it’s a very Snyder movie. Cool-ass action shots, slow-mo abuse, but overall, fantastic visuals. The Doomsday fight at the end is a delight to watch, intense from start to finish. That said, the standout action set piece here is a bit toward the end, where Batman takes on an army of goons Arkham games-style. Every beat, every crunch, every broken bone, a fuckawesome fight scene if I’ve ever seen one.

Of course, the title is Batman v Superman and we can’t not have a fight between them, right? The buildup to the fight, all up until the big Son of Krypton vs The Bat of Gotham fight felt pretty nice. They really played up the clashing ideologies and methods, and made it a believeable fight. The fight proper was also quite intense. Definitely not a fight to be disappointed with.

Daredevil ‘WAKE ME UP’ jokes aside, Ben Affleck was good as Batman, though his Bruce Wayne does feel a bit like non-growly voice Batman at times. But he does spend most of the movie in ‘work mode’, so there’s that. Cavill’s Superman feels a little more natural than back in MoS, but most of his scenes with Amy Adams’ Lois really, really turn up the cheese. And I mean, almost cringeworthy scenes of pure cheese. So much cheese I think I saw rats crawling up to the screen right then. Gal Gadot’s Wonder Woman didn’t get too much screen time, but what little time she has plays up her civilian persona as an almost Catwoman-like sensual seductress. Her warrior persona is where she shines, though. I could almost hear the theater cheer when she showed up in the final fight, and she’s easily one of the more impressive fighters in the scene. Extra kudos goes to Jeremy Irons’ Alfred for being the witty Alfred that helps Bruce at every turn and isn’t afraid of taking shots at him. This is the Alfred we need.

Jesse Eisenberg’s Lex Luthor is easily one of the better parts of the movie. While his Zuckerberg-lite persona did make me doubt at first, the pure crazy bubbling under his playful surface that rears its head at times and eventually surfaces completely is what got me into his character. Not to mention he got the annoying part nailed down. In about 80% of his scenes, I have this burning need to punch him in his smug face. Like a good heel, he’s someone you’ll love to hate.

I’ve taken a few—okay, a lot of jabs at DC for being grimdark as hell in MoS. This time around, the overall tone is still rather dark and serious, but the light still manages to shine through. This time, the heroes really did shine a light of hope on all of us. And hope seems to be bright for a larger DCEU, as potential Justice Leaguers start getting their early appearances in, easily one of the more memorable scenes. The buildup, while very on the nose, it’s a damn sight more organic than what Amazing Spider-Man did, shoving 3-4 villains in one movie. In just one short scene, pretty much the rest of the JL roster got their DCEU debuts and early spotlights.

But that doesn’t mean all is right in DC-land. The wanton destruction is still there, but they actually managed to confine it into a more manageable few blocks, apparently. But hey, can’t have a superhero fight without levelling a few city blocks. And the other matter is that while Superman has improved leaps and bounds (no pun intended) in his collateral damage control, Batman seems to have gone the other way. If I’m to be fair, Keaton’s Batman did it too, but this Batman still has quite a killer streak. Don’t tell me chaingunning a car to blow it up doesn’t kill the passengers. And I’m sure smushing someone with the Batmobile counts as a kill, too. Just nitpickings, though. While it did impact my enjoyment a little bit, it didn’t completely ruin the movie.

All in all, it’s quite a solid movie. While it still has some pacing issues (being a little slow on the beginning to middle, but it really goes toward the end) and thick on the cheese in some parts, it’s a marked improvement from Man of Steel, and Batman v Superman is the movie that revitalized my hope of having a proper DCEU. Looks like Marvel’s been put on notice that there’s a real contender in town. Here’s hoping that competition breeds excellence and both MCU and DCEU will put out more great movies in the future. Whoever wins, we win.

EDIT: After the second time around, I think I need to retract a few things and add a few more random observations. There’s this one line that Superman says close to the end of the movie that reeks of cynicism, one trait that I will never associate with Superman. Call me a traditionalist, but I’ve always thought of Superman as the pinnacle of humanity’s  potential, the best of what mankind could be, and that he always sees the best of humanity. To me, Superman is the optimist, and Batman the cynic. Speaking of optimism and cynicism, this movie doesn’t seem to know where to go. While the protagonists are leaning more on the cynic side of the scale, the feeling the movie seems to go for at the end is one of hope, and it felt like a little bit of a contradiction. Not a movie-ruiner, but still, something that doesn’t quite sit well with me.

One good thing I took away from the second watch, though, is that while the big fights still destroy a bunch of city blocks, the movie handwaves it by saying the parts of the city that were most affected were abandoned or almost empty after the work day. I know, it’s like that one Megas XLR episode where there’s a sign that literally says “CONVENIENTLY EMPTY BUILDING”, but no bystanders is no bystanders. 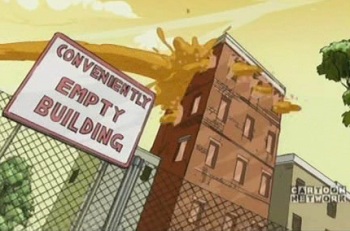 As much as I’d like to talk about Zack Snyder using a (probably) misinterpreted sequence from Frank Miller’s legendary The Dark Knight Returns as justification for what people have dubbed ‘killer Batman’, this is neither the time nor place for this. I’ll leave this matter alone and judge the movie on what was presented on screen.

With these in mind, I still haven’t changed my stance on how Batman v Superman is a solid movie. One with several glaring flaws that didn’t sit well with me, but still, a solid one.